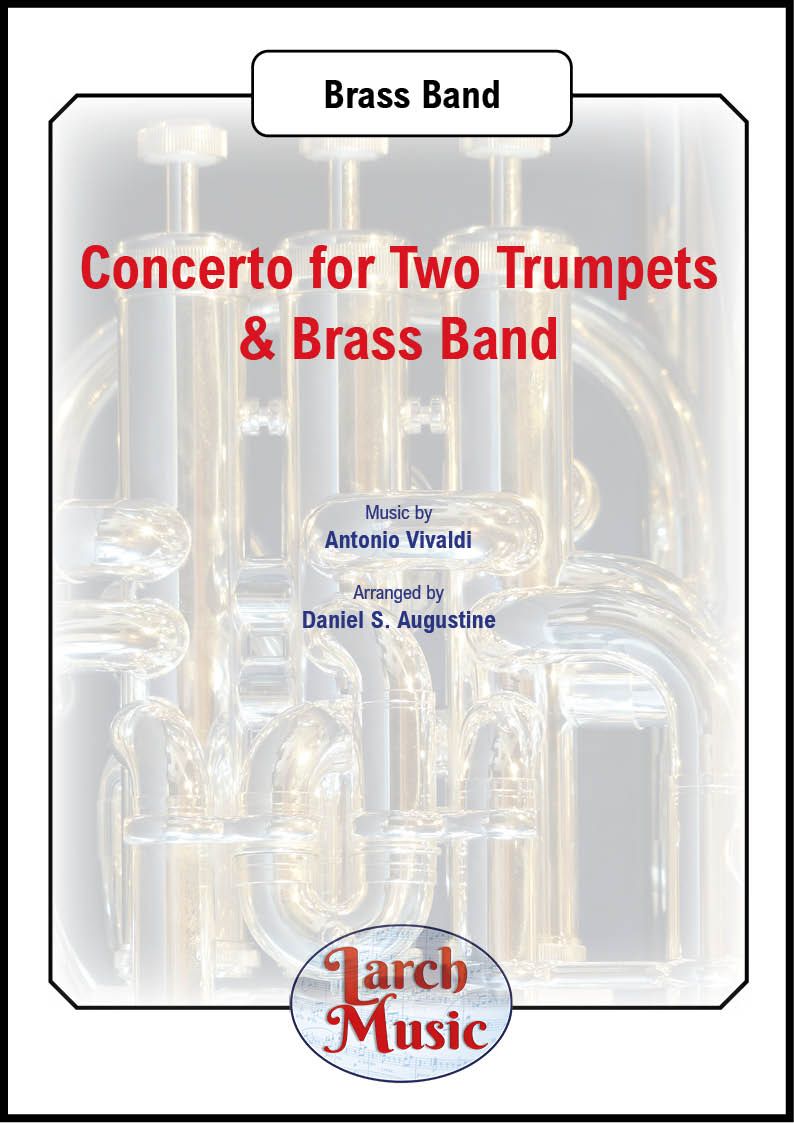 The soloists can be two Eb soprano cornets, 2 Bb Cornets or one of each.

A chance to let your soloists shine with authentic backing transcribed from Vivaldi original score.

Definitely one for your next concert.

Concerto for Two Trumpets in C Major, double concerto for trumpets and strings by Antonio Vivaldi, one of the few solo works of the early 1700s to feature brass instruments. It is the only such piece by Vivaldi.

The rarity of Vivaldi’s Concerto for Two Trumpets stems from the difficulties inherent in the Baroque trumpet. At the time, trumpets were natural, or valveless. The instrument’s range was quite restricted, and much depended on the performer’s lip control, as with the modern bugle.

As with the great majority of Vivaldi’s concertos, this one begins with a quick and sparkling movement to catch the attention of the audience and to showcase the bright tones of the solo trumpets. This is followed by a languid and very brief second movement, with fanfare-like passages from the soloists overlaying sustained string tones. For the final movement, Vivaldi returned to brilliant mode with quick energy and intricate passages for the soloists.