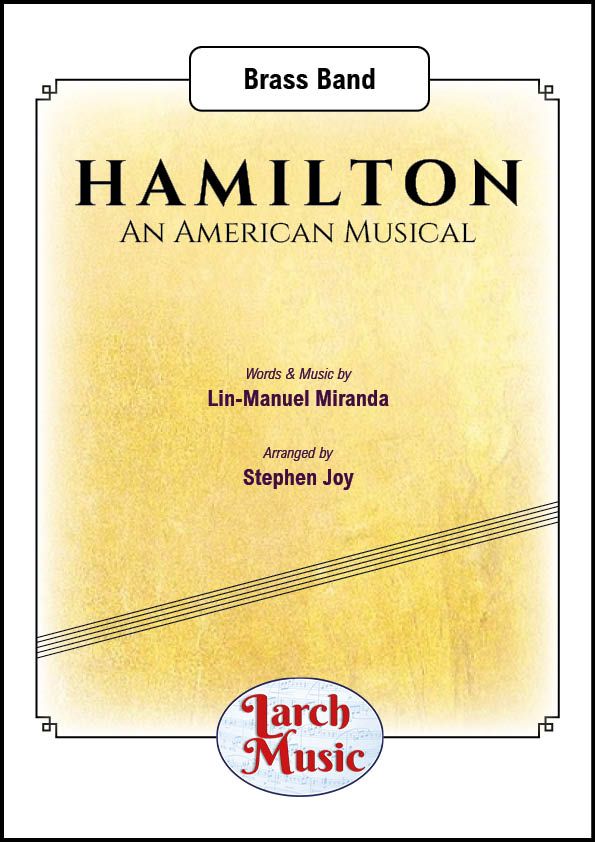 This arrangement is based on the popular Broadway musical.

Hamilton: An American Musical is a sung-and-rapped-through musical by Lin-Manuel Miranda. It tells the story of American Founding Father Alexander Hamilton.

Miranda said he was inspired to write the musical after reading the 2004 biography Alexander Hamilton by Ron Chernow. The show draws heavily from hip hop, as well as R&B, pop, soul, and traditional-style show tunes.

It casts non-white actors as the Founding Fathers and other historical figures.

Miranda described Hamilton as about "America then, as told by America now.

A great sounding arrangement with complex rhythms and motifs.

History Has Its Eyes On You

The Room Where It Happens

That Would Be Enough

Score Video - Please note this is not all of the piece!